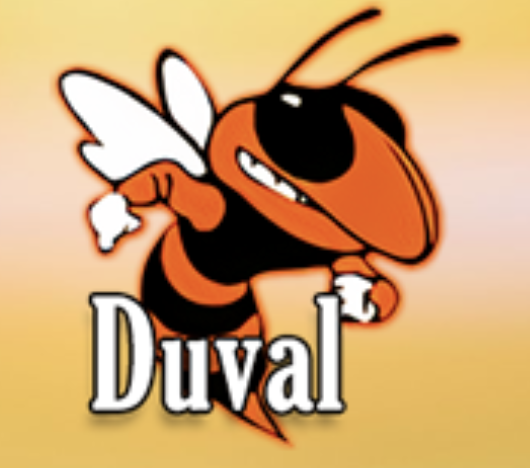 Based on the current design schedule Williamson Shriver Architects has outlined, the tentative completion of construction is scheduled for July/August of 2024.  The final completion date will be provided by the Contractor with the submission of the bids.

It is unknown at this time if the effects of inflation, material delays, etc. will affect the tentative completion date.

2.     Will a new school at the existing Duval site be in the flood plain?

Williamson Shriver, our Architectural & Engineering firm, has confirmed that a new facility on the existing Duval site will not be in the flood plain.

Based on a review of the WV Flood Tool Map, the current school is located out of the Floodway, and Flood Zone but is in a High-Risk Advisory Zone.

The new floor elevation will be elevated out of the Floodway, Flood Zone, and High-Risk Advisory Zone.   Per WV Policy 6200, a new building must be set 2’-0” above a 100-year flood plain at a minimum.

3.     What were the two locations considered for the new school?

The existing Duval site was available for consideration from the onset of the process.  Efforts were made to seek other options in the Duval/Midway attendance area.  This included, but was not limited to, advertisements on the LCS website and in local newspapers.  Those efforts yielded one other land option located on Sumerco.

4.     What will be the impact on bus travel times once the new facility is opened?

a.     historical runs in the Duval/Midway attendance area that pre-existed the 21-22 school year

b.     projected runs in the Duval/Midway attendance area once the new school is constructed

It is expected that no individual student’s ride time will increase by more than approximately thirteen minutes compared to runs prior to the 21-22 school year.  It should be noted that a transportation analysis also indicates that some student ride times will decrease.

5.     When will the existing Duval building begin being demolished?

The demolition of the existing building will be included in the Construction Documents and should occur in early 2023.

6.     Does a land feasibility study take into account flooding?

Flooding was taken into account during the study conducted by American Geotech, Inc.  Lincoln County land maps which show flooding areas were reviewed.  The new school will be elevated higher than the current school and will be positioned out of the flood zones. Per WV Policy 6200, a new building must be set 2’-0” above the 100-year flood plain at a minimum.

7.     What caused the existing Duval facility to become structurally unsound?

The settlement of fill material and the bottom of the piers being terminated short of bedrock during the initial construction of the facility contributed to the structural concern.

The new building/design will address the sub-surface issues and design appropriate foundations to correct existing issues.

8.     Will Lincoln County Schools have to pass a bond to fund new facility construction?

No.  LCS requested funding support from the WV School Building Authority and

Additionally, the LCS Finance Department installed improved efficiency models beginning the 20-21 school year which strengthened the system’s capability to contribute to major improvement projects.  For this reason, the Lincoln County Board has committed an additional $3,000,000 to the new facility over the span of the project.

The Comprehensive Education Facility Plan (CEFP) is required to be completed by county education systems every ten years.  The CEFP process is constructed to assist counties with evaluations of existing facilities and target facility needs moving forward.

10.   What is the acreage/land requirement for a new school?

The requirements are set forth by West Virginia Policy 6200 and dictate that middle schools should have 11 usable acres for the first 600 students and 1 acre for every 100 students after.

The existing Duval site met this standard alone.  However, the acquisition of adjacent properties now provides approximately 24 acres of land.

The Lincoln County Board inquired as to whether the additional property would benefit the project in any way.  Williamson Shriver recommended the land purchase and advised it would:

12.   Why was the existing Duval site not renovated?

The assessment process, which included input from a myriad of specialists, yielded the following:

a.   Based on evaluations, the structural engineer report condemned the building.

b.   The cost to repair the existing foundation of the salvageable sections was not cost-effective utilizing state funds.