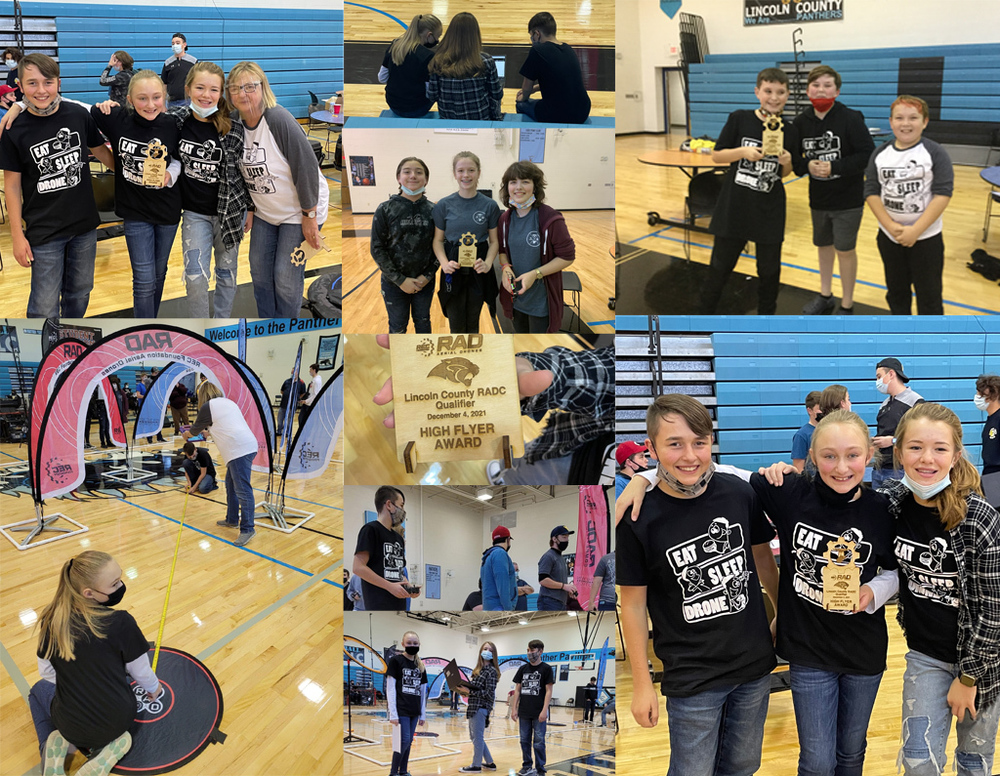 Lincoln County student teams won top awards in a Robotics and Drone Competition (RADC) in December 2021.  The following are the award-winning teams:

The Duval Middle School TAG team including Emma McClung, Isaac Thompson, and Kaylee Abbott won the High Flyer Award which is the top overall award the highest honor in the RADC competition.  This team will advance to the World RADC Competition in Dallas, TX in May, 2022.

RADC fosters student development through teamwork, critical thinking, project management, and communication skills required to prepare them to become the next generation of innovators and problem solvers. We congratulate all our teams for competing in the RADC Competition and we look forward to cheering you on in the World RADC Competition.  We know you will represent Lincoln County well!